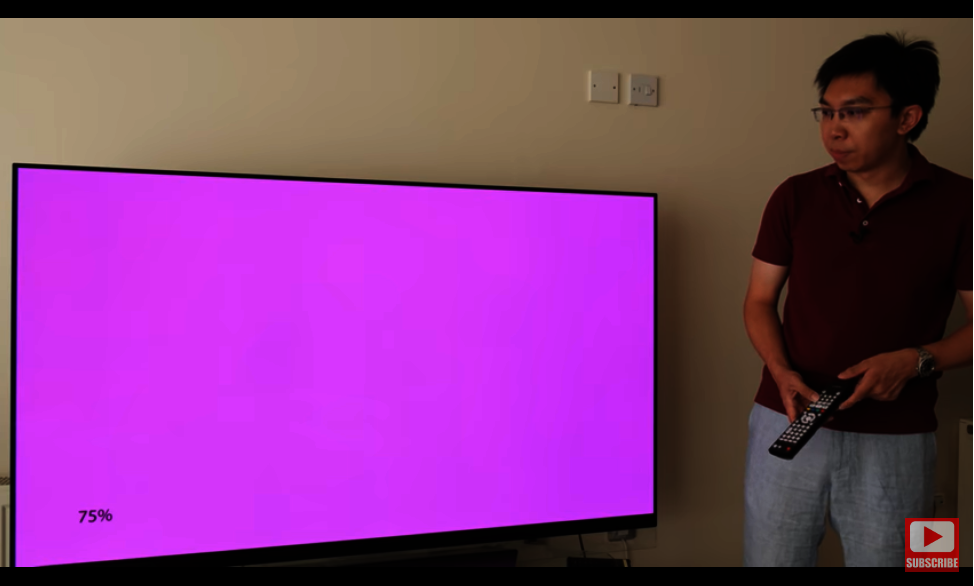 Obviously for anyone who’s going to shell out several thousand quid on a new OLED TV, the prospect of having a ghostly BBC logo lingering in the background even after its been switched off is quite worrying. And although the problem seems to be rare, it’s potentially bad enough to warrant further investigation.

With that in mind, HDTVTest conducted its own test to see just how serious the risk of burn-in really is. The test, which involved watching a variety of content on a brand new LG E8 OLED TV for 20 hours a day over 6 months, for a total of just over 3,700 hours viewing, was designed to replicate “normal use” as closely as possible, HDTVTest’s chief reviewer Vincent Teoh explained.

In order to mirror normal use as closely as possible, Teoh set up the TV to switch between the three most popular U.K. channels (BBC, ITV and Channel 4) every four hours. Each time the channel was changed, the TV would be put into standby mode for a period of 10 minutes to allow for compensation cycles, which are designed to prevent burn-in, to run.

HDTVTests’ method was notably different from previous tests for OLED burn-in carried out by sites such as RTINGS.com, which ran same the content for up to six months and did report some issues with burn-in.

But after more than 3,700 hours of viewing, reflecting what would be fairly normal use of an OLED TV by most consumers, HDTVTest found no signs of burn-in on its LG E8 OLED TV.

Teoh said the test proves that the risk of burn-in on OLED TVs is most likely overblown. The problem, he said, is that most reports of OLED burn-in tend to involve TVs used in stores, or as public displays. But these TVs usually display the same content all day long, he said. In addition, many of these TVs are powered down at the end of the day without going into standby mode, which means the compensation cycles that are key to preventing burn-in never get a chance to run. As such, these cases cannot be considered as “truly representative” of how a normal person would use an OLED television, Teoh said.

Teoh concluded that owners of 2018 and later OLED TVs shouldn't experience any permanent burn-in issues so long as they vary the content they watch, and ensure the TV goes into standby when they switch it off to ensure the compensation cycles can run.